Alicia and Betty had bought a jalopy to celebrate their new drivers licenses. They had a week till the new term at their university. Plenty of time to explore the moors of Yorkshire. The ruined Whitby Abbey, the Bronte sisters, Bram Stoker, the wind, and it was so romantic...
Their jalopy was a 1967 red Triumph, a convertible, of course ! Needless to say that it was no longer in its prime, but it still looked good and run well. The girls took turn at the wheel and drove fast, and faster because their hotel was still an hour away and it would soon be dark...
Suddenly the engine of their lovely automobile clanked and rattled. Betty declutched and they freewheeled down the country road to a passing place. They tried their phones, but there was no signal. There was also no traffic. They looked under the hood, there was plenty of steam, and the engine was leaking on the pavement. Alicia chimed, "We have overheated ! Lets had some water..." They did and the engine leaked the more. Betty concluded, "We must have busted something..." They pulled the top up and loaded their backpacks with the basic. "Keep it light, we don't know how far we are going to have to walk..."
They started walking, it wasn't too warm, they had thought of backtracking to get their Levis, but Alicia pointed to lights on the moors. "There's a house over there !" They left the single lane road for a graveled track. As they got closer Betty enthused, "Its huge !" She giggled and added, "It looks like a haunted mansion..."
It was almost dark, and they were quite surprised when they met two girls their age. They weren't ghosts ! They were uniformed 6th formers. They remembered when they took their A levels a few months earlier.
"Oh my ! Those shorts ! Boys must be drooling !"
Alicia laughed, "They do ! We have to fight them off !" 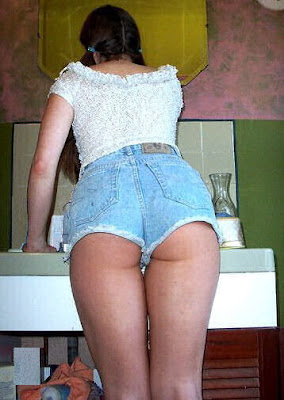 Betty queried, "Would you have a phone ? Our car broke down we have to call a garage and our hotel..."
"There was a storm and the phone line lost one of its poles..."
"What about a village ?"
"You have to return to the main road, turn right and follow it..."
Alicia asked THE question, "How far ?"
"About 10 miles..."
Betty cringed, "Argh... I am starving !"
Jenny, one of the girls offered, "We'll give you uniforms, and you'll spend the night, and you will tell us how you have been fighting off the boys !"
Louise the other girl wasn't sold, "What about the nuns ?"
Jenny reassured her, "We'll hide, and they will have the same number of girls !"
Louise nodded, "Should work, we'll give you lunch-boxes to fill up with grub for us..."
Alicia was curious, "What kind of a school is it ?"
Jenny answered, "Its a district remedial school for those who have flunked their O or A levels..."
Betty almost forgot that she was famished, "Wait a minute ! A district remedial school means the cane !"
Louise blushed, "Only for major misbehavior !"
Alicia laughed, "When we were at Saint Mary, you had your butt walloped quite a few times !"
Betty blushed, "The cane stings like the devil !"
Alicia nodded.
Jenny cooked up a plan, "We'll take you inside by the basement. You will wait there with Louise while I get your uniforms. I'll go up by the service stairs, no one will ask anything, I am the Head Girl..."
Ten minutes later, in the basement, Jenny was back with our uniforms and two more girls. We took our shorts down under our knee high regulation skirts.

Jenny presented us with school girl knickers. "You best not wear fancy undies..."
Betty snapped, "I don't intend to have by bum smacked !"
Louise chimed, "If you're out of luck you best be wearing those !"
We were about to pack our shorts and tops when the girls wanted to see our undies. We laughed and obliged. They exclaimed, "Whoa ! Lacy silk ! Black and red !" They mimicked wearing the lingerie...
One of the new girl named Antonia asked, "Whats you car by the way ?"
Alicia answered, "Its a Triumph TR 4..."
The new girls smiled, "Whoa ! A vintage convertible ! What's wrong with it ?"
Betty explained, and that new girl reassured us, "You've busted a hose, it can be repaired with duct tape, I know my Pop owns a garage..."
There was a bell, it was time for dinner. Antonia and the other girl offered to hide. Jenny and Louise promised to get them chicken legs and chips, and lead us to the dinning room.
We were impressed by the dining room with wood paneling, old wooden tables and chairs, uniformed nuns, and a modern kitchen with a great buffet. We were famished and we enjoyed...
Alicia and Betty
To be continued...
PS : You are invited to play with us !