Monday morning back at work, Mrs Forsythe asked why I was fidgeting in my seat. I blushed and couldn't help the silly schoolgirl like answer, "Its nothing, Ma'am!"

She laughed, "That's exactly what my girl said after having received six of the best at school." I blushed crimson. She laughed the more and boldly questioned, "You were punished at the club's academy. How and why?"

I was speechless, and felt a blazing flush. With a wide grin, she teasingly added, "I had to raise my girl's skirt..."

I couldn't imagine her raising my skirt. I surrendered and blurted, "I was caned for having skipped a lesson, made up a silly excuse and gained two pounds."

"You have lied! Then it was well deserved."

Later, on the tennis court of the club, for the first time, I won a game against Daniella. Somehow the lingering fire in my bottom went into my double backhand.

After that game Daniella got a bare bum spanking on the court for her trouble. She would later tell me that she had no resentment, and added that she was happy to have helped me improve my game.

Next I got to play our coach, and I narrowly won a set, only one! Mr Martin-Lewis applauded. "You will for sure beat everyone at your CEO's next barbecue!" He laughed as he added, "And you will have to be merciful with his wife!"

Daniella and I were finally ready for the Paris marathon. On the day before our flight while we were exchanging hugs with our chums, our fitness coach chimed, "If they don't run it under three hours they deserve to be caned..." Mr Martin-Lewis echoed. "Then they will have to pay us a visit, and ask to be punished..." Our eyebrows danced as we heard that, but we also knew that we wouldn't to if we didn't renew our membership.

Paris was magic. Our hotel was quite small, and our rooms overlooked a tiny private garden. We started with a tour of the monuments aboard a double deck bus for a great view point. We had lunch at a street side café next to the Saint Michel fountain in the heart of the Quartier Latin. The French girls' miniskirts were as short as those of their British sisters, and they also brazenly teased the boys. The French boys were more enterprising than their British brothers. It was going to be a few interesting days.

Next morning, after an early breakfast, which included a banana and a couple of croissants, we donned our skimpy Crimson Manor shorts and singlets with our numbers. Then we ran, and we were soon overtaken by the Kenyans, Ethiopians, Norwegians and a few more. That was expected, they are the pros. Those running a marathon in two hours for the men and a mere additional twenty minutes for women. 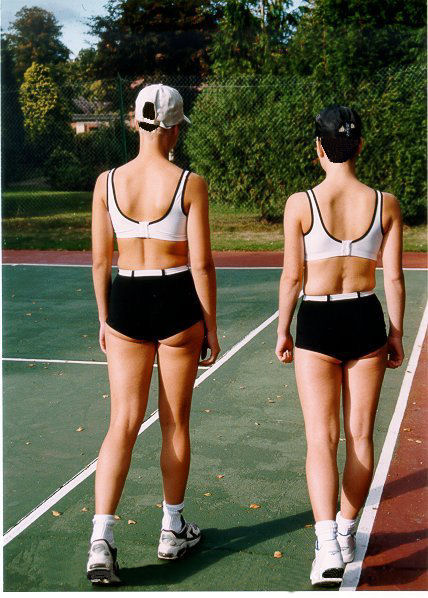 We were within the second pack, the one of the better amateurs, those running it in three hours or so. We ran down the Champs-Élysées, took a detour by the Opéra, continued with the rue de Rivoli onto the Place de la Bastille and u-turned within the Bois de Vincennes, the eastern green lung of Paris. Then we ran along the right bank of the Seine with views of Notre-Dame, the Eiffel Tower and reached the suburban Bois de Boulogne, the larger green heart of Paris. We returned to Paris, and arrived on the Avenue Foch in view of the Arc de Triomphe.

A young girl gave us our official timing documents. It was 3 hours and 21 minutes for me. I didn't bother with the seconds. I was disappointed. Daniella, with 3 hours and 27 minutes wasn't as disappointed as me. Two young Parisians guys who had run quite a few miles with us congratulated us and offered, "Diner at the Café de la Paix, Place de l'Opéra?" It was tempting. "What time?" They proposed 8 pm, and we agreed.

We dressed with our shortest miniskirts. I choose my A-line one, knowing that it would be nicely riding up. For Daniella, it was a pleated one which might fly. The young men were smartly dressed and waiting for us on the covered terrace. We had already made our choices. My eyes were on Pierre and Daniella eyed Jean. We were surprised that they had made the same choices.

They told us that they are from Nantes and came for the marathon. They ordered a pricey sea food platter. We wanted to pay for the wine, they refused. Under the table, I felt a hand on my thigh already well offered by my naughty mini. I smiled. Daniella giggled.

I went with Pierre to their hotel, while Daniella went to our hotel with Jean. Next morning we all had breakfast at the coffee shop on the second floor of the Eiffel tower. We had learned a new French expression for having had a great partie de jambes en l'air. 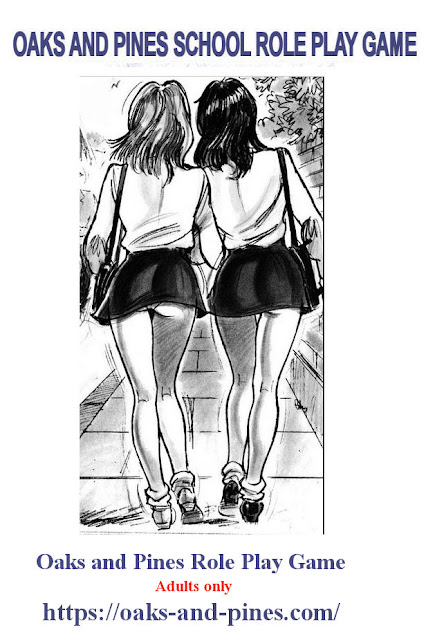