Lucinda and Monica slept on their tummies. We had set two alarm clocks to be sure to be awaken before the morning bell. Cheryl and I gave them another after spanking treatment. "Soz, done our best."

Next was the morning exercises and run. Our PE coach always had some new routines. Today it was GI Jane like push-ups. "Great exercise for keeping firm and perky boobs!"

For the uniform inspection Monica and Lucinda were told to raise their skirts back and front. It was to show what happens to cheating girls, and to make sure that they had sewn their stars. 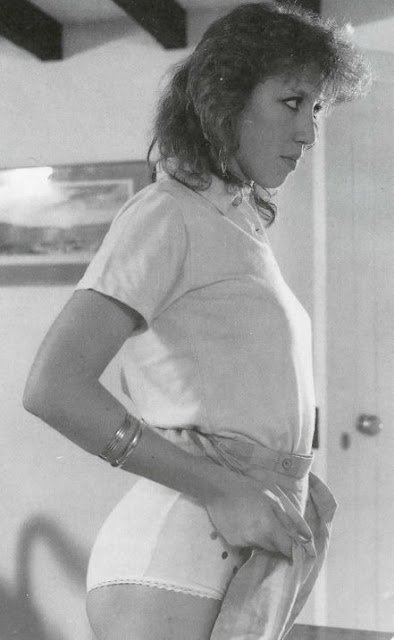 After breakfast it was two double periods, physics followed by chemistry. Not my favorites, but I got fair grades. The instinct of preserving my bum had made me do the preps! The belting I got for my poor math results had taught me to better apply myself, even if I had little taste for the subject.

I remembered that Pop's beltings were never more than twelve smacks, and he never whacked my thighs. The Prefect of Discipline had given me twenty and decorated my thighs. There was also the detail of the thick crocodile belt versus the classic leather one of Pop.

After lunch it was French. Cheryl sat next to me and blanched when Madame announced la dictée. Even those near bilingual as me don't like dictation, and French grammar is a pain for most French natives as well. Too many silent letters and exceptions.

Madame paced the classroom as she slowly dictated. "Its a song from Véronique Sanson about her mother.

I noticed that Cheryl was discreetly eyeing my paper. She was obviously trying to copy my work. I winked and made it easier for her with keeping my left hand under my desk.

Suddenly Madame stopped dictating and charged towards us! She seized our papers and quickly scanned them. With furious brows she told Cheryl, "You have cheated!" She added for me, "And you have helped her! I saw how you kept your hand out of the way!" Then she grabbed our ears as if we were juniors, and we stumbled behind her as she lead us to the Deputy Principal's office.

"They have cheated! Cheryl copied from Priscilla who helped her. I want them caned with strokes of shame across their thighs and public corner time!"

The DP was quite annoyed by the French professor barging into his office unannounced. "Very well!" He turned to us with purposeful brows and ordered, "Take off your knickers!" We were already blushing as we stood in front of his desk with our knickers in hands. "Drop them on the coffee table, and bend over those two chairs and hold on to the armrests.

The chair was tall. I was on my toes, my bum felt so naked and worse was having to part my legs a few inches to keep my balance. My ears were again tickling.

I was caned once before, it was severe, but this time I felt streaks of fire inching down my bum.

I felt my eyes watering.

I almost called, 'Thumb up! I am a reporter!' but I heard Cheryl's, "OUiiiiiiiiiiiCH!" and thought that I would be betraying her if I tried to escape that punishment. I did help her cheat, I was her accomplice, I also deserve to be punished. There was also the promise of not revealing my identity. I gritted my teeth and took the remaining two strokes. They were sizzlers, and my butt was a blazing inferno.

I already felt truly chastised with a fiery bum and exposing my girly secrets, but there was more to come.

The strokes across my thighs weren't as hard as those administered to my bum, but they felt incandescent !

Our skirts were pinned up, and we were told to face the wall outside the Deputy Principal's office for fifteen minutes. 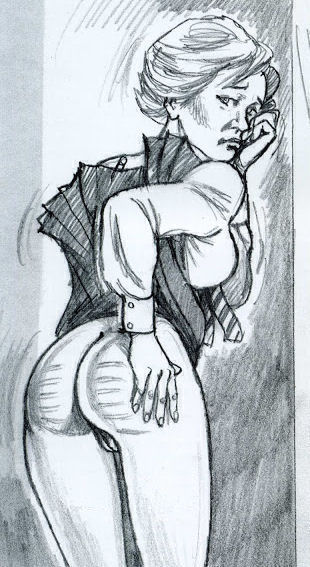 We were very sorry girls and discreetly rubbed our fiery derrieres and thighs in sight of everyone in the faculty corridor.

The DP called us back into his office, our corner time was up. We were told to unpinned each others skirts, and to collect our knickers. We gingerly pulled them up, and were given the stars to be stitched onto all our knickers... 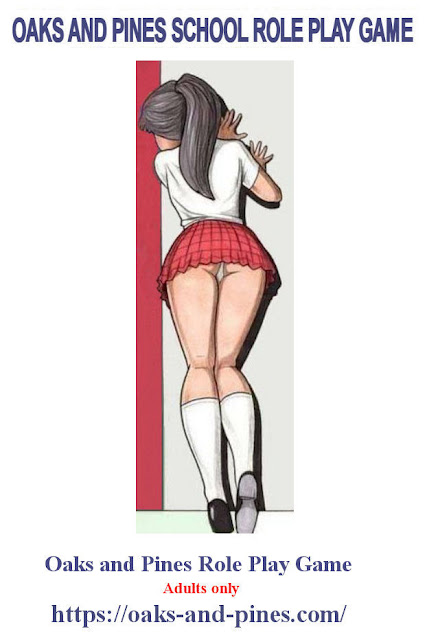