The winter was history and I was on both roll of honors. The academic one and the naughty girls one. I was even within the top three with Sally for the second one, my derriere hadn't suffered from the cold !

It was Sunday and we were allowed to wear civies. I had chosen a cute dress with tiny flowers to celebrate spring. I wanted to look as a young lady of twenty two years, not as a naughty schoolgirl with decorated thighs. I also wanted to seduce Alex, the country club's dishy riding coach, but a senior was already wriggling her bum in tight jodhpurs for him. She even stuck her tongue out at me. "Grgrgrgr!"

I had to wait for the Monday afternoon riding lesson to have another opportunity. I was very careful with the morning English grammar dictation and the following math class. I didn't want a sore bottom for the riding lesson. I was lucky and a few hours later I pulled my jodhpurs up as tight as possible !

As I ran towards the stables I was suddenly pushed into a puddle of mud. That senior hissed, "He's mine !" I jumped back on my feet, and a second later she was sitting into horse dung. I shrugged and moved on, but she again attacked me, and scratched my right cheek as a wild cat. I punched her lights out. Miss P.E. came running. I immediately said that she started it, but I was ordered to change back into my dress and to return to our castle. I was fuming...

She revived Miss Senior, and made sure that her nose wasn't broken.

Later, back at the castle Mr McTavish our Headmaster passed sentence. It was the cane for both of us. I thought it was unfair and protested. I was told that it was unladylike behavior to have knocked her out. "Not to mention that you could have broken her nose !"'

A formal caning wasn't an everyday occurrence. It was to be the first one of the year. It was to be on Sunday morning after breakfast in the gym. We had the whole week to dread it ! A day later Miss Senior apologized, "...and you can have him." I told her that I don't mind fair competition.

The day of our atonement had come and we didn't have much appetite for breakfast. Angela, who had attended a boarding school explained, "I saw that cane, its a junior cane, it will be very stingy... It is about avoiding too much bruising, and the more so if whipping your thighs... The marks won't last more than a week..." I had received a few strokes of the cane in detention, it was devilish. I wasn't too reassured, but as an Eilean Beithe girl I wouldn't chicken out !

At the appointed time, with quite a blush, we stood bare from our navel to our knee socks by the gym's exercise bars. Our roommates were told to attend the ceremony. I was relieved that it wouldn't be a full assembly caning... 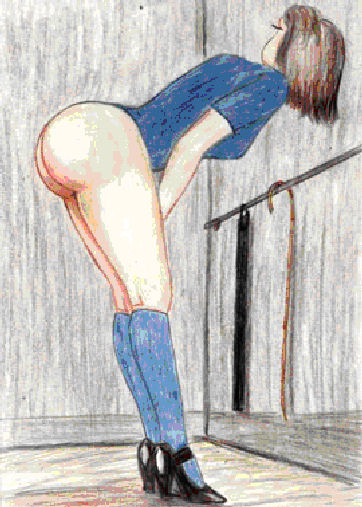 "Jennifer you will be first, grab your ankles..." I shamefully offered my bottom for punishment. I soon heard a swish followed a split second later by a sharp thwack, my bottom felt as if it was cut, but I knew that it wasn't. With the cane that pain grows in intensity till you bawl out,

I could feel each stroke till the third one, with the last three my whole derriere was on fire. I had, for the first time, received the famous six of the best, and my eyes were watering. Then my upper thighs were whipped twice. 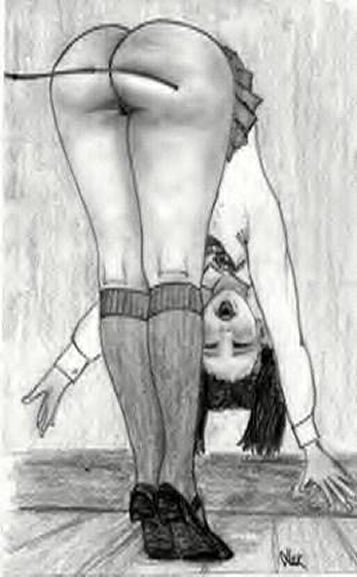 I was sniffling as I stood facing the wall with my hands on my head exposing my blazing bum and throbbing thighs. Miss Senior was similarly corrected and she cried out as loud as me.

Next we weren't too surprised when we were given the infamous red punishment knickers. After having received a caning it was expected. Finally we were told to get dress, "Hurry up we have a service to attend, and pull up your socks!" 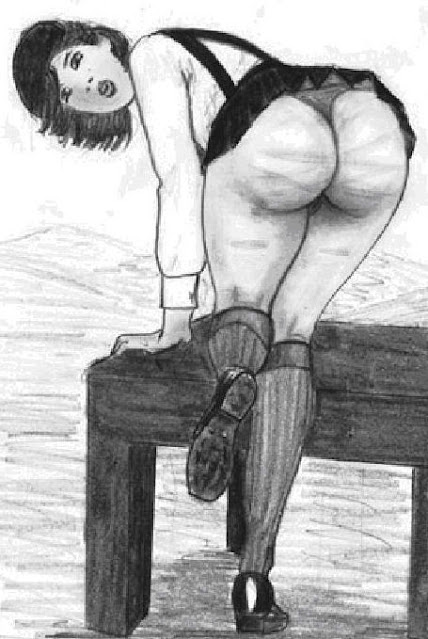 We kept our skirts down with both hands as we marched with our friends and supervisors towards the church. The old timers at the pub weren't too disappointed, they still had our lovely legs to watch...

In church the EB reserved wooden bench looked unforgiving. For a few seconds it was cool and soothed my still burning derriere, then it became harder and harder. I was happy to kneel for prayers. I blushed crimson when I heard a surprised "Oh!" behind me. A church mouse had seen my streaked thighs... 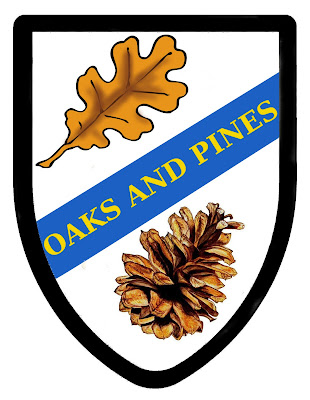