Sunday morning first thing, we inspected our bums. "Whoa! Nothing!"

"Peachy butts all around!"

Their cutoff jeans shorts were carefully cut. We modeled them and even further trimmed them!

Over breakfast Lila's mother just about scolded her father, "You should have caned them! They aren't made of sugar!"

After having finished our homework, we slowly rode into town. We took the bicycle path by the botanic garden. We soon had a few boys following us. One of them caught up with us and rode alongside. He had hairy legs. "Would you girls join us for barby prawns and French fries?"

We heard them negotiating behind us. The selected four led us into the Botanic Garden and we locked our bikes near the food stalls by the Symphony Lake.

After our lunch we sat in the grass to listen to a concert on the stage in the middle of that small lake. The boys had their hands under our baggy cropped tops and down our thighs. We also didn't mind too much the slurpy kisses. He was called Wei, he was Asian and his legs weren't as hairy as the Anglo boyfriend of Lila.

As the concert was over, we stood and rubbed the grass off our bums. Our boyfriends offered to help. A few of us allowed them. I was one! Wei gave me a caressing rub and smiled as if in heaven!

When we were leaving we heard, "What is this mess you are leaving behind !" We turned around and saw two wardens kicking empty soda cans and a few wrappers. "One boy protested, "It wasn't us Sir!" The other warden who was older wouldn't have any of that. "I see a mess and the four of you! Littering is a serious offence! I will issue a fine for your parents and a punishment request for the Juvenile Correction Center..."

"Sir, please don't. We are junior navy cadets and it would be so damaging for us..."

"All right! We'll deal with you ourselves..."

The other warden asked, "What about the girls?"

"Fines for their parents and reporting them for Juvenile Correction..."

"Well... Are you willing to take the belt, young ladies?"

With heads down we whispered, "Yes Sir..."

The Botanic Garden Administration had two offices. The senior warden with suspenders took us girls into his office. His deputy took the boys.

I was to be first, and I blanched as he pulled his belt out. He had me bending over one of his knees with both my hands on the floor. He first belted my shorts and my bum quickly warmed up. Then he must have perfected his aim as he belted my under curves which were well offered by my bend over position and my mini shorts. He also belted my upper thighs. I bawled. I couldn't tell how many I got, but my butt was on fire. I had teary eyes as he helped me up, "Sniff..." 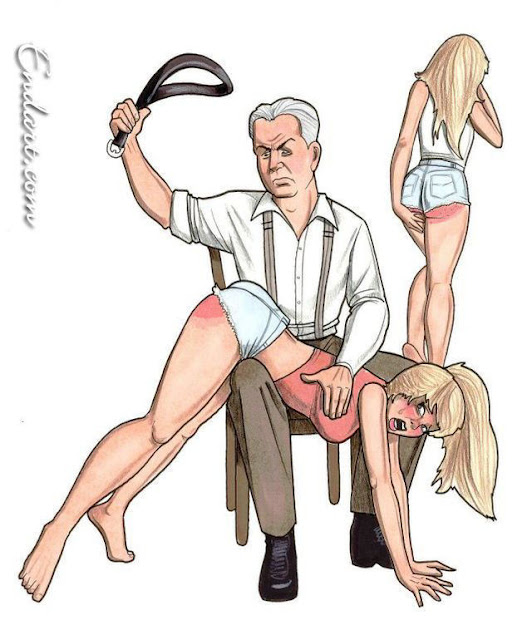 One by one, my friends got the same punishment. I noticed how our shorts showed we were well smacked. We were let out of the offices and had our hands massaging our throbbing butts. Emma was sniffling as I was. I also saw that our more resilient Asian friends had moist eyes.


We blushed crimson when the boys saw us. They could see that we were well punished and we couldn't. They were also careful not to rub! They were real sweet and bought us ice cream.

Back at Lila's house, her mother asked what happened. On the way back we had thought of telling her it was nettles. "She'll never believe that the four of us sat into nettles !"

"And we have obvious belt marks!"

"We best tell her the truth."

Later, when back home, I also told the truth. Mum said that I was lucky to have been belted because she was going to give me the mamak cane for my drinking misbehavior at Lila's home... 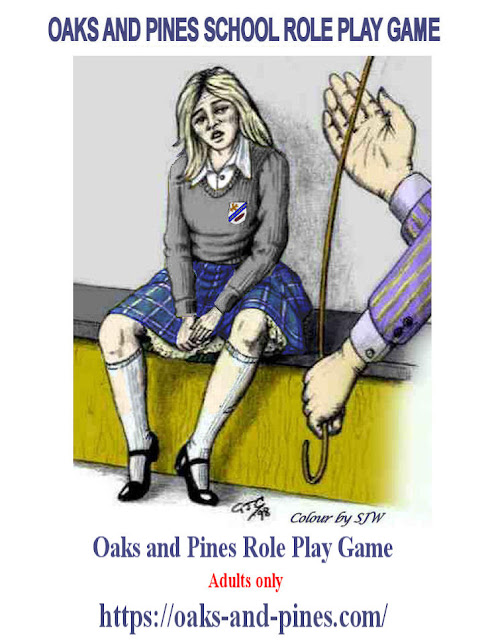