The Cowboys girls showed us how to conclude our French cancan with splits. Captain Veronica had our coach frowning when she asked, "What about having those who can't do a good split turn around, bend over and wriggle their bums as classic cancan dancers do?"
"Yes, but it must be done in good taste and spirit!"
A few weeks later it was Game Day hosted at home. The commentator announced, "Russel Tigers vs the Austin Spurs, and our cheerleaders the Russel Stars will debut their new routine. Please welcome them!"
We took to the center of the field and mounted our new three level pyramid with Veronica doing a split on the shoulders of the two girls on top. Next the pyramid seemed to crumble in slow-mo with Vero and the two top girls slowly tumbling down and lower levels similarly followed...
Then the game started with us cheering, "Go get them Tigers !" I mused at the size of the boys with their padding and helmets with mouth guards. How come they have as many injuries as the boys back home playing rugby.

Then someone from behind me said that they use the pads to hit, and to protect. If they didn’t have them there wouldn’t be anyone left on the field before the first quarter. Then suddenly a cheer went up, and I saw that the Tigers made an interception and scored!

For half time we had our longest routine with Belinda and Lilla doing handstands with splits on the raised hands of teammates. Then they bounced off the ground to stand on their partners shoulders for cancan steps. Loulou, Abigail and I did our highest number of back flips so far, and wheeled around the pitch. We were all loudly applauded!

The boys were back on the field for the second half. In the first play one of the Tigers was down and had to be carried off the field, then someone said, “He’s okay, just got the wind knocked out of him."

The Tigers made another score and the game ended with 14-7 for them. I saw lots of players dirty, cut, and bruised as they ran as best they could off the field while we applauded them.

The game was over, we did our French Cancan with splits, and a few turned around, bend forward, lifted their skirts which weren't covering much in such a position, and wriggled their bums...

Some one had more spirit than good taste!
We next had showers and changed into dry cheer uniforms before joining the boys for their after game barbecue and party. The quarter back gave his girlfriend Veronica a breathless kiss with both hands on her bum, and she blushed. Everyone cheered!
A tall running back offered me a mug with a wink. I saw white frost and tasted, it was beer! I winked back. He introduced himself, "I am Jack and you are Elisabeth also known as Babette!"
I smiled, "And you were one of the boys who backed Belinda when she slapped that bully after my encounter with the college's principal."
He replied, "I would have loved to rub some cream on your bum..."
I laughed, "Ah! You are such a romantic!"
"Would you like another mug?"
"Are you trying to get me drunk?"
"I wouldn't dare!"
I giggled, "Quite wise, I am French!"
He had an embarrassed smile and offered, "Lets get a few of those ribs..."
He got a tray and I loaded it, then we went outside by the pool. He cleverly lead towards a double lounge chair. I sat and with my knees up my short cheerleader skirt rode down my thighs. It is said that you shouldn't be a cheerleader if you don't like showing your legs.
He was bursting at the seems, he was having a few ribs with the French girl Babette who was too hot for him according to the quarter back. One of the boys who were steering my sisters towards the loungers by the pool turned most lights off. Our coach turned them back on, and a few boohs were heard. Then all the clubhouse's ground floor lights were turned off. Some one had pulled out a fuse.
Only the exits lights and those of the pool had remained. I felt an arm over my shoulders. I heard a few girlish giggles and a slap. One of the boys must have moved too fast, but he got a second chance as no girl was seen running.
I felt a hand cupping one of my knees and finger tips titillating one of my nipples through my jersey. I puckered and got a big kiss with a tongue teasing mine. It was a real French kiss!
Babette and Loulou
To be continued...
You are invited to role-play with us 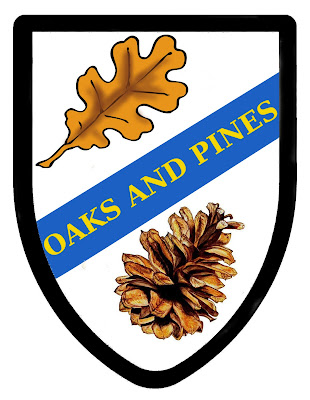