Back at our dorm room and still blushing from having received a bare bottom spanking in front of the class, Marie cheerfully teased, "Have you enjoyed our slipper?"

Agathe mischievously added, "We now also know that you are a real redhead!"
Josy joined the fun, "You have pedaled as if training for the Tour de France!"
I humored them, "That leather sole whatever slipper is nefarious!"
They all laughed at my choice of word.
Next was dinner with fish and chips. It was perfectly cooked, and the French girls enjoyed as much as us!
All those who were punished were teased in good spirit. One of the French girls who had tasted our martinet told, "It sure is more severe than the one we had at home, and getting an additional stroke each time you drop your skirt was devilish! I got 18 instead of 12!"
One of us chimed, "Imagine a grade under 5/20, it would be two dozens!"
They had a big screen telly, and we watched, "Coming Home" adapted from Rosamunde Pilcher's novel. It was so romantic and so dramatic that we cried buckets.
Next morning while having a Franco-British breakfast, it was announced that we would be visiting the Chateau de Versailles.
We remembered the magic Marie-Antoinette movie by Sophia Coppola. We paired and waltzed into the hall of mirrors. Then a naughty one had the idea of skidding on the superb marble floor. It was great fun. A few of us fell and continued on the seat of their knickers. 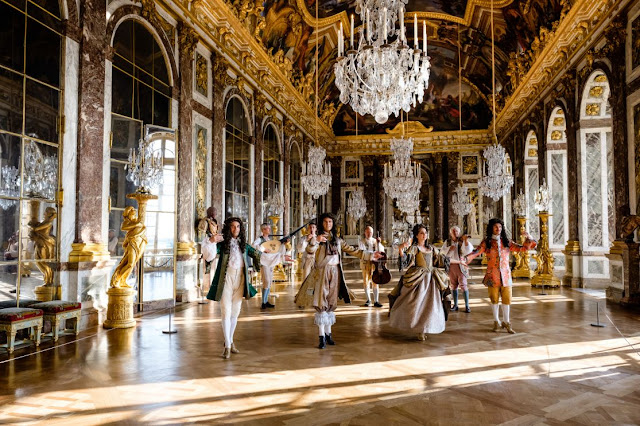 A pair of museum guards came running. "Stop that ! You will scratch the marble!" We laughed, and two of us tried to invite them into a waltz. They didn't want to dance. They spotted our professors and admonished them, "If they were in our care, we would give them la fessée!"
A young girl questioned her mother, "Aren't they too old for la fessée cul nu ?"
Her mother had no doubt, "They certainly are not!"
Monsieur Armstrong replied, "We can't spank them in the middle of the hall of mirrors!"
A group of English school boys wearing very British uniforms with long grey shorts laughed. They obviously had no objection to watching us being spanked.
.
The guards were happy to help. "That's no problem, please follow us!" We weren't too surprised to be told to follow. A door with a sign reading 'No Entry' was unlocked. It was some janitorial storeroom with mops, vacuum cleaners, and floor polishing machines.
Mr Maurice mentioned, "We should have brought our martinet." Madame Yvonne was practical. "You gentlemen have your belts..."
Mr Armstrong called, "Alicia come here. Take your knickers down to your knees and grab your ankles..."
My skirt had ridden till right under my bum. He further raised it. I felt a cool draft followed by a fiery stripe. I remembered Daddy's belt. Monsieur strong arm methodically worked down my bum and thighs. I had let go of my ankles and he warned, "Keep you hands away or I will smack the front of your thighs!" I knew the fierce sting of the martinet on the front of the thighs. I didn't want to compare with the belt. I again grabbed my ankles. 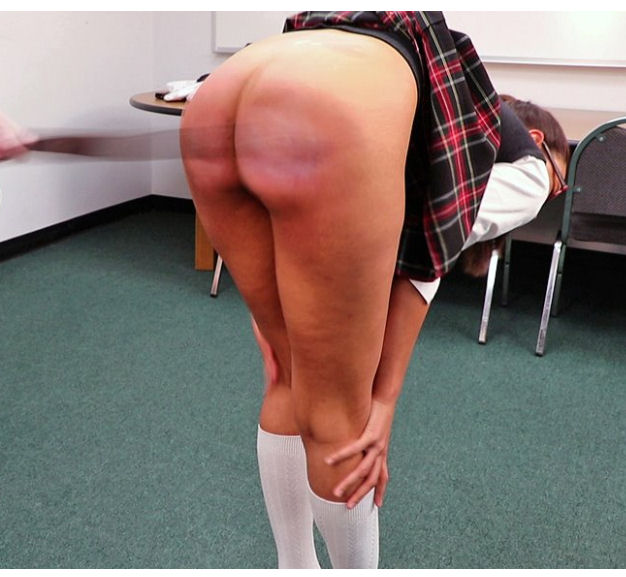 I imagined how those British boys must have heard it all through that flimsy janitorial door. We stepped out of our improvised punishment room with deep blushes. We blushed the more when we saw the welcoming comity of rascals.

One of them howled like a wolf. "Oh! I would love to caress the reddened thighs of that sassy brunette!"
Their masters pulled them away, and we gave a high five for Agathe, the sassy brunette. We continued the visit until it was time for lunch.
A short walk through the castle's park led us to a coffee shop. Our profs gave us money to buy sandwiches and sat on a nearby picnic terrace. With our snacks, we choose to sit on the picnic lawn. Those British boys spotted us and sat right next to us with their own sandwiches. Properly sitting on a lawn with a short skirt was just about impossible, and the boys had more than glimpses of our knickers. We were, of course, aware of their gleaming eyes, and a few of us gave them an eyeful! 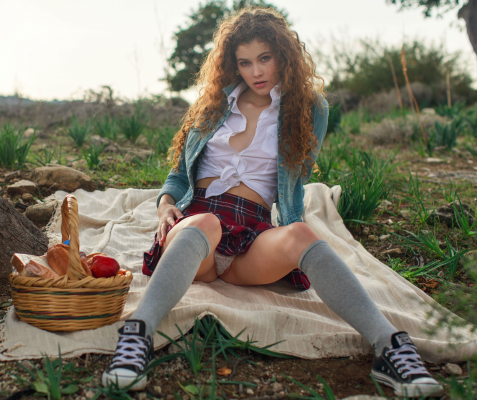 A few of them joined us. One of them offered me a can of coca cola as he sat next to me. "Whats your name?"
"Alicia, and you?"
"Rodger."
"Thanks for the coke Rodger."
"That was quite a belting you got!"
"Have you ever been belted?"
"Oh yes, and I was also caned."
He moved closer and shyly caressed one of my knees.
I smiled. I felt as if back in time, I was again seventeen...
Alicia
To be continued...
We have a new website !
https://oaks-and-pines.com/
You will find an Application Form in the "pages" of this blog
Complete that form and send it to oaksandpines@hotmail.com 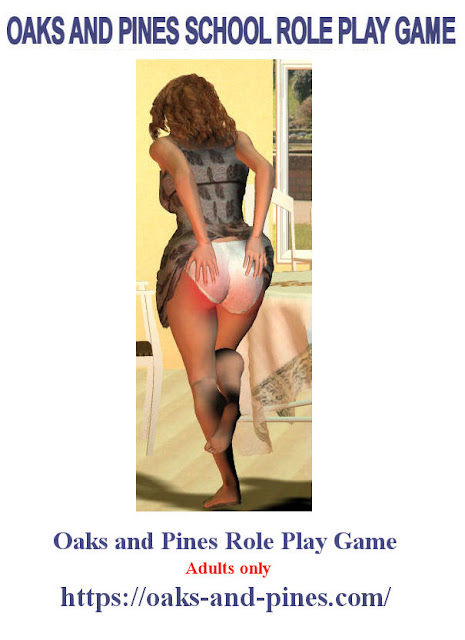