A few months later I got my A-levels with honors, and I was admitted to a prestigious law school.

I regularly returned to the Remedial School when having breaks for Christmas, Easter and the summer hols. I always  presented my law school report card to Miss Melrose. Then I stand at attention in front of her desk while she slowly reads it. Quite a few times I have found myself bending over her desk for a severe caning. 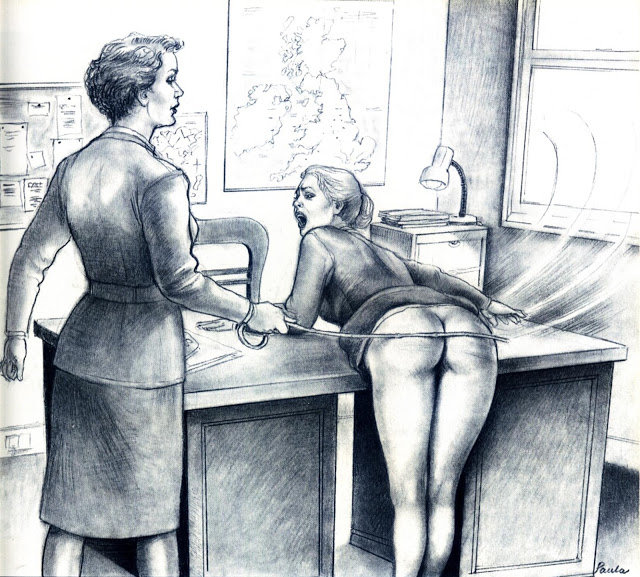 She just about leaped from behind her desk, and grabbed my ear as if a ten year old. I had to follow her and my ear into the first classroom outside her study.

"Girls, I am going to show Julia and you what happens if you don't graduate with honors!" I was twenty four, and she had me bending over the professor's desk with my bottom facing the classroom. She raised my skirt, pulled my knickers down and gave me the cane, six strokes for my derriere and two across my thighs. 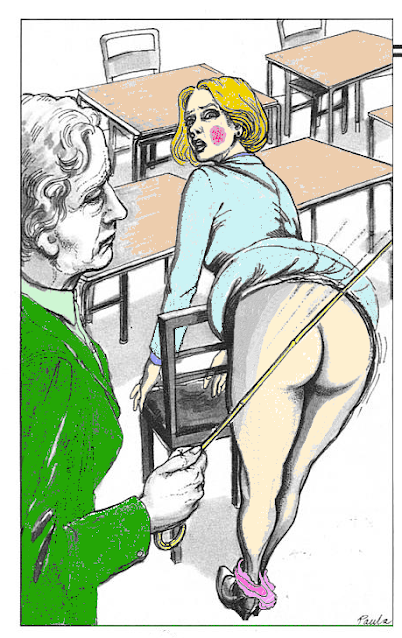 A week later, she drove me to the law school housing complex, and escorted me to my student flat. Once inside my little studio she bend me over her knees and gave me a resounding spanking with a big hairbrush. Thanks to my flimsy door it was heard till the end of the corridor. I was teased to no end after that, and kept my nose in my books. I graduated on top of everyone, I was no longer teased.

C&Co's competitors tried to hire me, but I refused. Mr Coleman and his father gave me a superb office in the legal department. I hugged Mrs Forsythe with teary eyes, "Thank you Auntie!" I also pinched Bernie's secretary.

Adrian who is now the deputy legal director escorted my to his favorite car dealership. I bought a superb red Triumph Spitfire.

A few months later, Adrian invited me to Scotland. "We will be visiting my parents in the Highlands." I was elated, as if he had proposed. We took turn driving. I enjoyed his MGB. Twice he told me to slow down and I did, but soon I was again stepping on it. Suddenly there was a siren and a two police motorcyclists caught up with us. They signaled for me to park on the curbside, and gave me a fine.

We arrived at his parent's mansion for dinner. They welcomed me with opened arms, and Agatha his young sister gave me peck on each cheek. I of course reciprocated. I was told that we dress for dinner in their house. I pulled my kilted skirt out of my bag.

Adrian had donned a kilt like his father, and I teased him, "You're wearing anything under it?" He frowned and everyone heard him calling me a naughty girl. He added for his mother, "She is a sassanach, but a spirited one." His mother gave me a wide smile.

After dinner, by the fireplace Adrian told how I was fined for speeding near Edinburgh. I saw Agatha blushing as her father echoed, "Your sister also got a fine for speeding with her scooter, I gave her a skelping with the old tawse."

Adrian nodded and added, "Twice I told her to slow down."

His father mused, "We know how to deal with disobedient young ladies in this house."

I sealed my fate with a guilty blush, and Adrian told Agatha, "Please bring me the tawse."

Two minutes later I was red face as Adrian lead me into the adjacent drawing room. I had to lower my knickers and raise my skirt before touching my toes. After six blazing strokes my knickers were down onto my ankles and we heard his father through the opened door of the next room, "Don't forget her disobedience." I got two more! 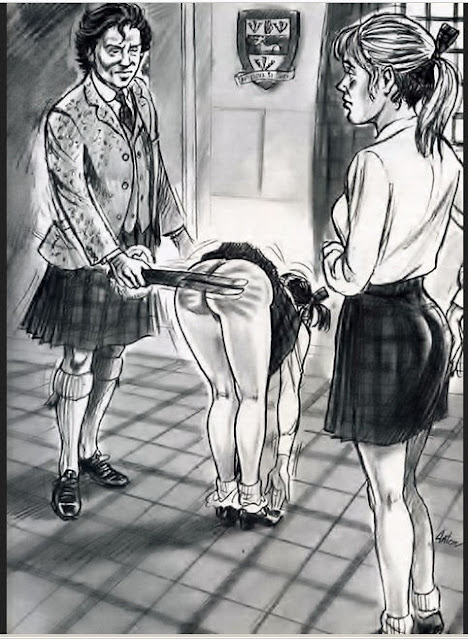 Later, at night, he rubbed my bum and we had a super shagging party

Next morning I gave back the tawse to Agatha and she returned it behind the kitchen's door. I also helped her mother prepare breakfast. Later she told Adrian. "You have found a lovely girl my son, you should marry her!"

He knelt to propose, and I accepted.

A day after our wedding his father gave him a tawse... 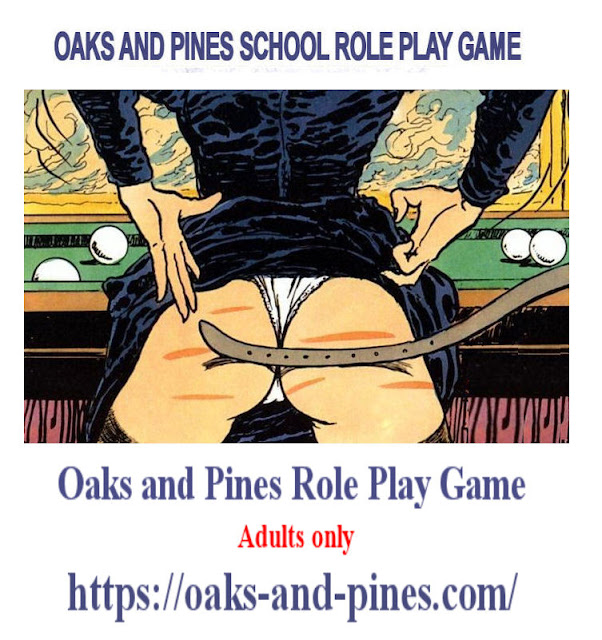