A week later, I was back at the bank. The tellers were still competing for who would dare to wear the shortest miniskirt. The cashiers still had a hard time taking their eyes off their thighs. Everyone cheerfully greeted me.
I stepped inside my office and dropped my satchel on my desk. I immediately noticed a flyer for the Ecole Ecarlate in the middle of my desk blotter.

I heard the tellers giggling. I had a feeling that it was they who had found that flyer. I blushed as I worried. Could it be that they have guessed ?

I had a sealed letter from the Ecole Ecarlate for our manager. I knew that it is a report for my first 3 weeks because Mr Maurice had said so. It was addressed to him because he had our agency pay for the crash course instead of the London head office. He figured that they would balk for the fee.

I remembered before departing, Josephina had whispered, "If Pop doesn't like that report, I'll for sure get a belting..."

I stepped into my private restroom and dabbed my face with a wet towel to prevent further blushing. Then I was on my way to the first floor.

I was warmly greeted by our deputy manager and the secretaries. I had a cup of coffee with them. Ten minutes later, we were joined by our manager. He was always 10 minutes late as if to say, "Who arrives after me is late." He poured himself a cup of coffee and asked me to follow him into his office.

He closed the door and reminded me. "You remember that your father, my old friend, told me to encourage you..."

While he sat down with his cup of coffee and he asked. "You must have been given a report card."

I gave him the Ecole Ecarlate letter with his name. He sat behind his desk, sliced it open and slowly read it aloud while I stood in front of his desk.

"Alicia has made great progress with her French fluency. We have awarded her 14/20 for that performance. On the other hand, her grammar and spelling grade of 10/20 is below our minimum requirement of 12/20. We of course know that most exams wouldn't fail her with 10/20, but we feel that our students should excel. With two more cessions to go, we have no doubt that with hard work and proper discipline she will reach our standards."

After a short silence, he added as if musing for himself. "When my daughter brought home poor grades, she was belted. Your father decided that I should belt you as I belted my girl."

He continued, "I brought the strap I used to apply to my daughter's bottom." He pulled out of his attaché case a thick belt and doubled it. "Take off your skirt and knickers." 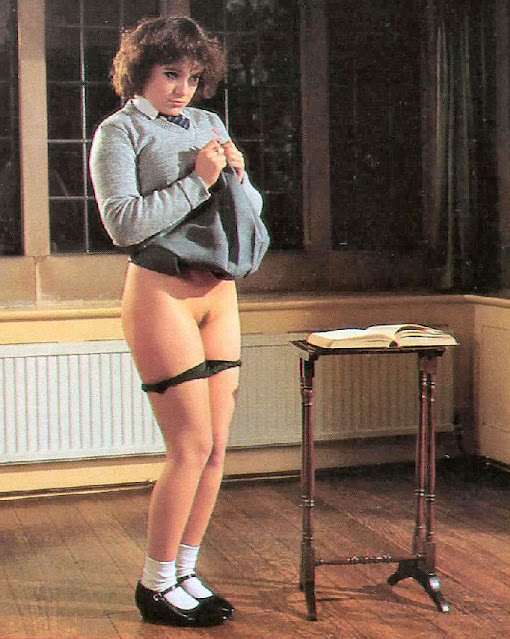 "Elbows on my desk. I see that you were caned at school. "Why?"

"I whispered to help out a French girl with English spelling, and was punished for cheating."

Then his belt sizzled my bum and thighs. He didn't count, and I didn't either. I was too busy dancing. "Now for the part that my daughter specially hated, "Stand and turn around." Twice he smacked the front of my thighs exactly under my curls. I danced the twist!

"No rubbing! Hands on your head, and stand in that corner while I your father..." 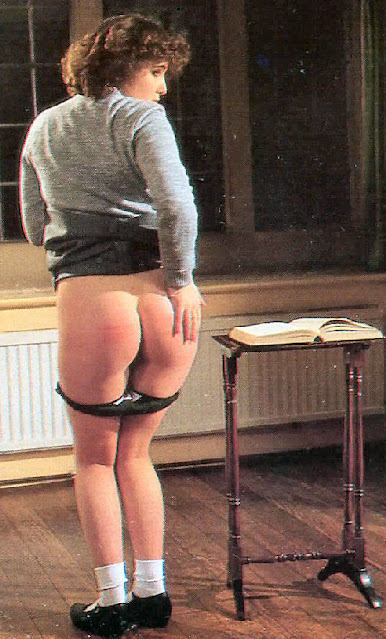 There was a sudden knock on the door. Someone had worked late. He told me to disappear into his private bathroom. I didn't need to be told twice. Through the door, I heard that it was his secretary. I suddenly realized that my pink knickers and that belt must have remained on his desk.

After an exchanged or 'good evening' I heard his office door being closed, and he called me out of his bathroom.

I immediately saw that my flowery knickers were still on his desk, but the belt wasn't. I was sure that she would guess that it was my knickers, and that I was hiding in his bathroom. I felt my ears tickling, a sure sign that I was blushing as red as a tomato...

Alicia
To be continued...
We have a new website !
https://oaks-and-pines.com/
You will find an Application Form in the "pages" of this blog
Complete that form and send it to oaksandpines@hotmail.com 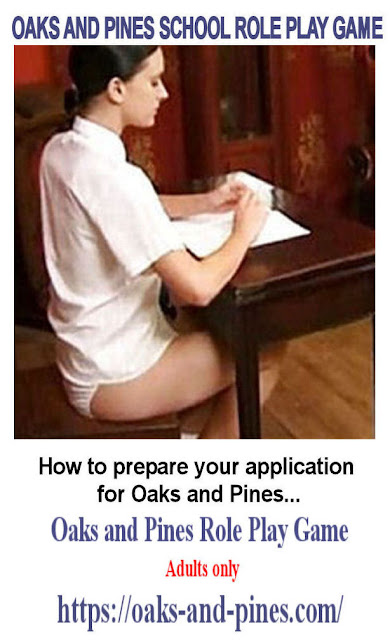